A new HIV awareness campaign is highlighting the ongoing efforts of gay and bisexual men in the HIV prevention movement and issues a call to maintain momentum towards the virtual elimination of HIV transmissions in NSW.

Produced by ACON, NSW’s leading HIV and sexuality and gender diverse health organisation, the Ending HIV ‘THANK YOU’ campaign aims to raise awareness of HIV prevention methods as it acknowledges the collective achievements of gay men and men who have sex with men (MSM) in NSW – both HIV negative and HIV positive – towards ending HIV transmissions.

“In 2019, we continued to record low rates of HIV notifications in NSW – this is because gay men and men who have sex with men are testing more often, treating early and staying safe,” said ACON CEO Nicolas Parkhill.

“Our communities are engaged and mobilised around the movement to end HIV transmission in NSW – and this campaign is about highlighting their efforts.”

The campaign will feature messages acknowledging the communities’ progress around HIV testing, the use of PrEP and the uptake of HIV treatment. 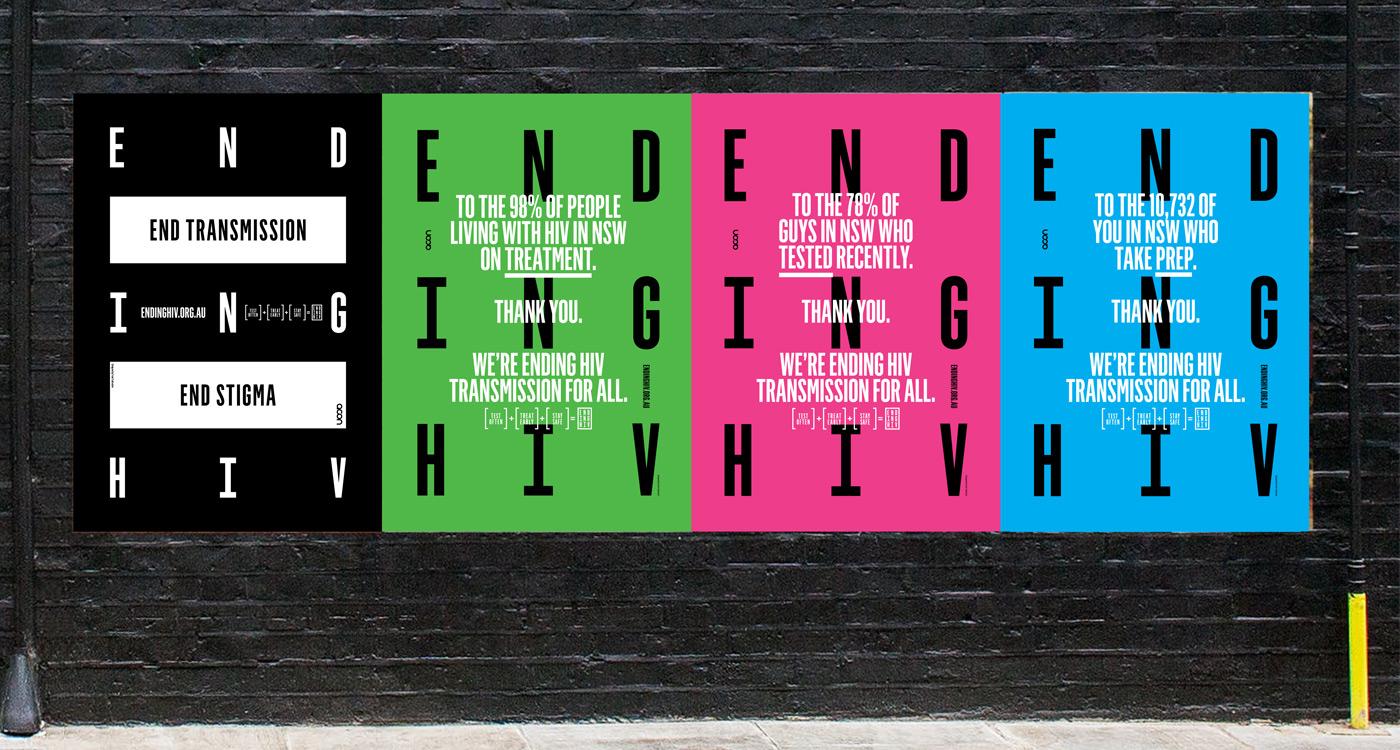 “Consecutive data reports have shown HIV testing rates among gay men and other men who have sex with in NSW have continued to climb and are at an all-time high,” Parkhill said. “This is an important milestone as HIV testing plays a crucial role in preventing new HIV transmissions. The more gay men and other MSM who know their HIV status, the quicker they can access treatment, improve their health and prevent onward transmission.”

Data also shows an increase in the use of PrEP – an antiretroviral drug that prevents HIV negative people from acquiring HIV – as well as strong uptake of treatment among people living with HIV.

“PrEP is a highly effective HIV prevention tool. With over 10,000 people taking PrEP in NSW, our communities have demonstrated they have incorporated PrEP into their lives as part of the range of HIV prevention options now available,” Parkhill said. 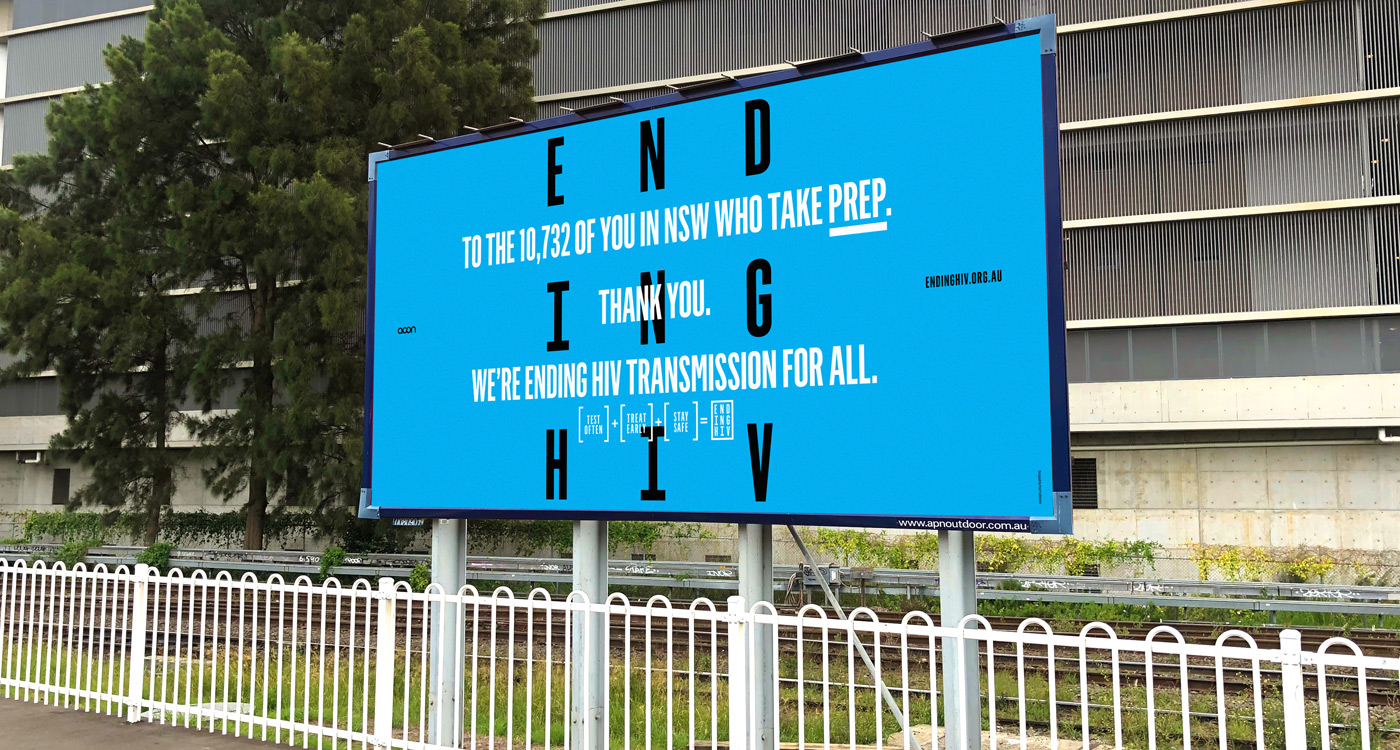 “We also know that around 98 percent of people living with HIV are on treatment. It has been proven beyond doubt that treatments can help reduce a person’s viral load to an undetectable level, making it impossible to transmit the virus.

“Combining regular HIV testing with HIV prevention strategies such PrEP, maintaining an undetectable viral load and condom use have enabled us to make significant gains in reducing HIV transmissions in NSW.

“With this campaign, we want to say ‘thank you’ to gay men and other MSM for their ongoing commitment towards ending HIV in NSW. But we also want to underscore that there is still a long way to go. So as well as celebrating our communities’ collective achievements, we are also issuing a call for everyone to maintain momentum,” Parkhill said.

Ending HIV ‘THANK YOU’ is the first phase of the new Ending HIV campaign, which will be rolled out throughout 2020. The new campaign sees the introduction of the goal of ‘Ending HIV transmission for all’. 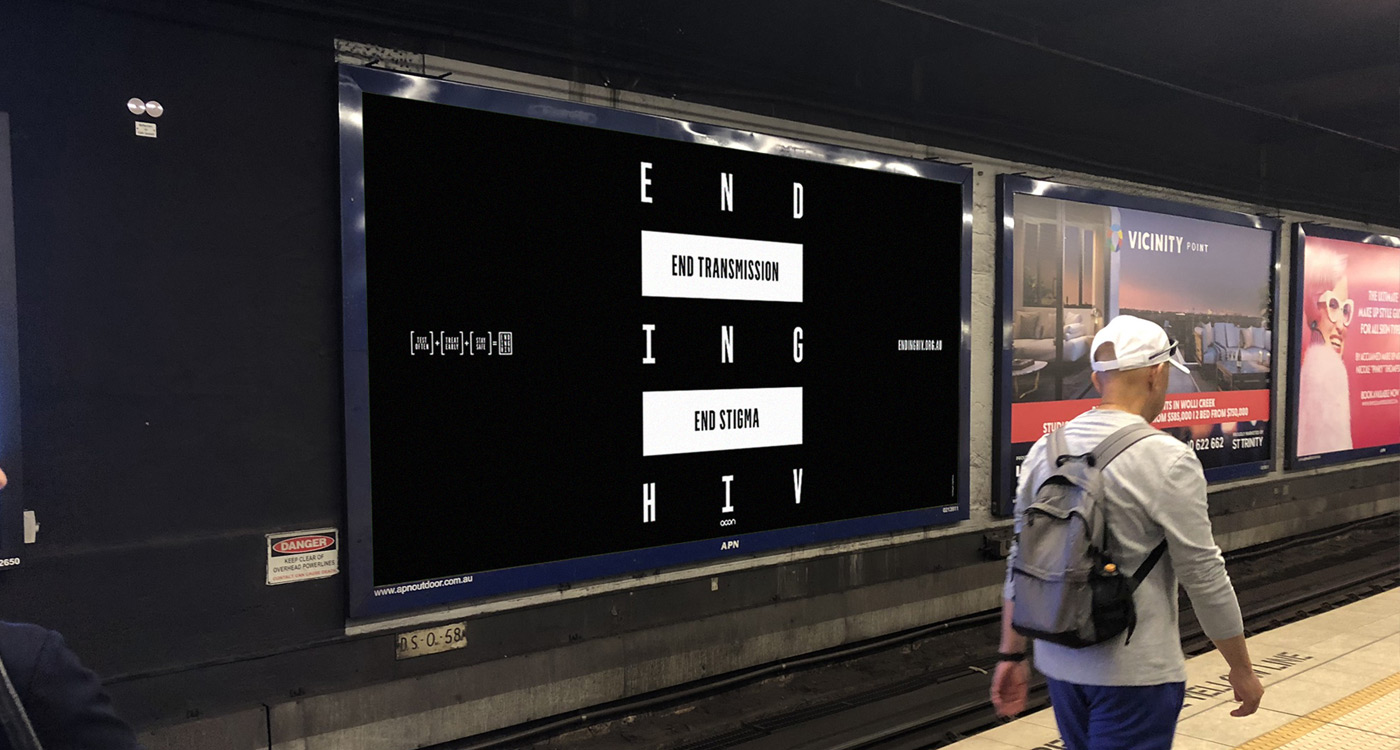 “Our Ending HIV initiative has made a significant contribution to efforts to prevent new HIV transmissions in NSW,” Parkhill said.

“A few years ago, we set the ambitious goal of the virtual elimination of HIV by 2020. While we have made tremendous progress towards that endeavour, there is still more work that needs to be done.

“While HIV notifications are declining among Australian-born gay men and people in inner Sydney, we are not seeing those reductions to other pockets of the population such as overseas-born gay and bisexual men, people who live in rural and regional areas, Aboriginal and Torres Strait Islander people and those who are trans and gender diverse.

“We must continue efforts to ensure we are reaching everyone in our communities with appropriate and tailored HIV testing and prevention messages and services,” Parkhill said.

“Moreover, while HIV testing is at an all-time high, there are still some people being diagnosed late with HIV. Many cases of HIV transmission are from people who are unaware they have the virus, which is why it’s important our communities continue to test for HIV regularly and frequently.

The new campaign also highlights the importance of tackling stigma as a critical factor to HIV prevention efforts.

“Despite advancements in testing and treatment, some attitudes haven’t changed. Stigma can have profound impacts on people living with HIV and can prevent those at risk from getting tested and accessing the support they need. In order to end HIV transmissions, we must also eradicate HIV stigma,” Parkhill said.

Ending HIV ‘THANK YOU’, and subsequent campaigns, will be promoted across NSW in print, radio, digital and outdoor media.

“We thank everyone in our communities across NSW for continuing to take action and heeding the call to end HIV by consistently using HIV prevention methods and testing more often,” Parkhill added. “As we look to the next decade, it’s important not to lose focus and that we remain steadfast in our mission. Let’s continue working together in our journey towards a future where HIV transmissions have ended for all in our communities.”

For more information on Ending HIV ‘THANK YOU’, go here.

ACON encourage the use of the AFAO HIV Media Guide.